When we started a couple of years ago we set a target of publishing two to three books a year. This has proven to be both easier and harder to achieve than we thought. Easier in the sense that we’ve been overwhelmed with the interest in us as a publisher and harder in the sense of the time demand to publish that amount of books. We’d love to say yes to more of the authors who’ve pitched us, but unfortunately, we couldn’t then deliver on the promise to publish.

So far this year we’ve launched Year of the Queen: The Making of the Priscilla Queen of the Desert the Musical and Rapture, both by Jeremy Stanford, and Robert New’s Movemind: Speculative Short Stories. Later this month we’ll be launching Bala Mudaly’s debut Colours of Hope and Despair. That’s four books already. Technically five if we also count Robert Sayegh’s translation of Beyond Violence, which while available last year, only had wider distribution from May.

We already have two titles for 2019. The first is our next Anthology – The First Line (due February, 2019), featuring stories by fifteen authors. They’ve taken the first line of a story they like and used it as the opening for a new story of their own. The second book is Robert New’s Colours of Death: Sergeant Thomas’ Casebook (due by Easter).

Several of our authors have been out and about recently too. Margaret Hepworth spoke at Monash Libraries “Stories from a Hat” evening. Jeremy Stanford has done a number of radio interviews (3AW, ABC Radio) and public speaking events. Christine Hoy gave a presentation on behalf of the University of the Third Age (U3A). Robert New was interviewed on 3SER and was on a panel at the Continuum Spec Fic Convention. Finally, Bala Mudaly will be speaking about his book at the Oakleigh Library later this month. Congratulations to everyone on proactively promoting their work. 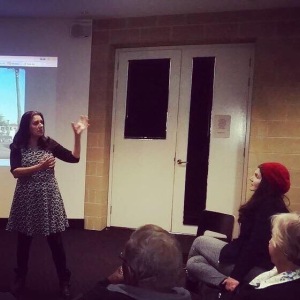